The Zentrum Paul Klee in Berne is hosting the first-ever Klee exhibition to be curated by children. It is a pioneering project that provides a fresh insight into the famous artist’s work.

“I had already heard of Paul Klee,” says Angelina proudly. “My grandmother showed me some of his pictures. She paints pictures too – like an artist, but not a real artist.” Angelina, nine years old, is part of a project at the Zentrum Paul Klee in Berne, in which children were allowed to create their own exhibition about the famous Bernese artist.

Around a dozen children aged eight to 12 met for workshops at the venue every Wednesday afternoon for seven months. Examining colours, shapes and poetic themes, they curated the artistic content and architecture of the exhibition – and composed their own written works. The children – or rather their parents – had got in touch with the museum after seeing an advert.

“It was the most fascinating experience,” says museum curator Martin Waldmeier, who normally works on his own but had to collaborate from the outset this time. Waldmeier deliberately stayed in the background and let the children do their own thing. “We only had to intervene once or twice. They wanted a three-metre platform from which to view the exhibition, complete with drinks machine and gaming lounge. We said no,” he laughs.

But when the children said they wanted a quiet place to meet and chill out, Waldmeister and his colleagues said yes. There is now a slightly elevated spot with multicoloured seating cubes in the middle of the hall, giving a good overview of the exhibition. Coloured partitions divide the exhibition into thematic areas. Poems that the children made themselves by sticking the titles of Klee’s paintings together replace the commentaries that you would usually see.

The exhibition, called “A Shining Secret”, begins with its own centrepiece painting. “I was very surprised that the children chose this particular picture,” says Waldmeier. “Paul Klee often painted birds and matchstick figures. I would have expected them to have selected one of his more playful depictions.” Instead, they picked “Glass Facade” from 1940 – one of the last paintings that Klee produced before his death. The work has a secret picture on the back.

“Materials were scarce during the Second World War, so Klee often used both sides of the canvas,” explains Katja Lang of the Creaviva Children’s Museum, which belongs to the Zentrum Paul Klee. “But Klee never finished the reverse side on this particular occasion. In the end, he painted over it in pink.” The pink has peeled off over time to reveal the original picture, she adds. It shows a matchstick figure lying horizontally, with the following words written on the frame: “Mädchen stirbt und wird” (Girl dies and becomes). Lang: “We started investigating to see what the picture meant.” Only now has the Zentrum Paul Klee found out the secret. The matchstick figure must have been Karla Grosch, the former girlfriend of son Felix Klee. The Klee family had a close relationship with the artist Grosch, who studied at the Bauhaus. When the Nazis closed the Bauhaus in 1933, Grosch emigrated to Tel Aviv – where she subsequently drowned while swimming in the sea. The exhibition recounts Karla Grosch’s story, using audioguide commentaries recorded by the children themselves.

“I was amazed they chose such a tragic story as the theme,” says Lang, who coordinated most of the workshops. “We wanted to shine a light on Paul Klee in various ways, without imposing a chronological or didactic straitjacket.” Instead of focusing on Klee’s place in art history, they favoured an intuitive, fun approach. “Nevertheless, I was moved by how seriously the children went about it.”

Children star in the fringe programme

This creative process also forms part of the exhibition, which ends with a documentary giving an insight into the workshops and discussions that ensued. Various events starring the children themselves also take place during the exhibition. Their aim is to explain Klee through a child’s eyes.

Angelina is looking forward to these events. “But it will be weird to see so many different people at once.” She enjoys visiting the Zentrum Paul Klee all the same. But her favourite museum is a different one. “It’s the museum with the dead animals.”

“A Shining Secret. Kids Curate Klee” runs until 4 September 2022 at the Zentrum Paul Klee in Berne. Opening times: Tuesday to Saturday, 10am to 5pm

Paul Klee is one of the most important artists of 20th-century classical modernism. Born in 1879 in Münchenbuchsee (canton of Berne), Klee went to Munich in 1898 to study art and lived for a long time in Germany, not least on account of his teaching activities at the Bauhaus. He was forced to leave Germany under pressure from the Nazis, subsequently returning to Berne. Paul Klee died in Locarno-Muralto (canton of Ticino) in 1940. As a father himself (of son Felix), Klee often drew inspiration from children for his paintings. 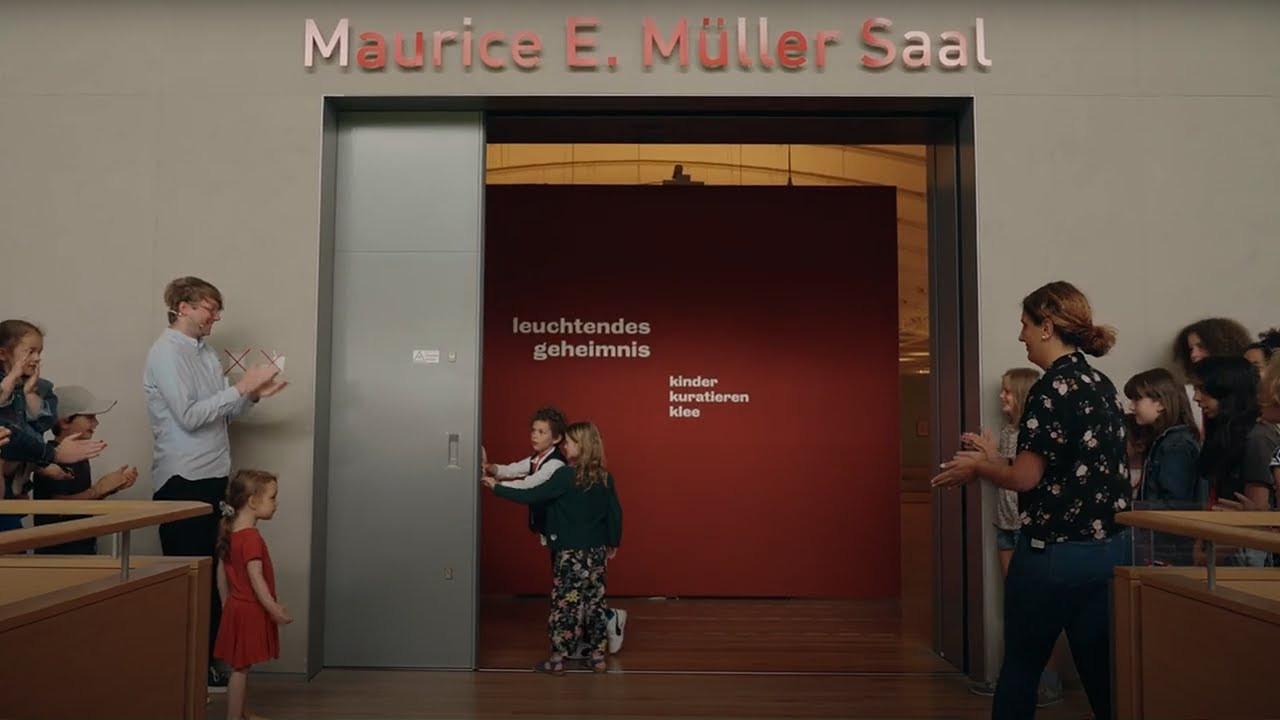 The meal plan of tomorrow

Ticking art from a bygone era

When the mountains became the subject of art