A pencil-drawn horror tale set high in the Alps, marrying folklore and surrealism –the Swiss video game developed by Michel Ziegler is a remarkable work of art.

Fair-weather visitors to the Alps know little about the darker side of Europe’s most important mountain range. Many who live high up on the pastures could, on the other hand, tell you stories that would freeze your blood – countless myths and legends that often reveal a sinister wilderness above the treeline.

These grim tales are precisely what inspired the 39-year-old Lucerne-based artist and game developer Michel Ziegler to devote six and a half years to creating “Mundaun” – a video game that was released in spring 2021 and went on to scoop “Best Swiss Game of the Year” at the Swiss Game Awards in November.

“Mundaun” is a first-person horror adventure seen through the eyes of the main character, who is on the trail of a hidden secret in a secluded spot of the Swiss Alps. Following the mysterious death of his grandfather in a fire, the protagonist returns to the place where he spent his childhood, high above a cloud-covered valley under the gaze of twin mountain peaks. His grandfather’s hut, nestled amid freshly mown pastures, is the starting point of an adventure that quickly transitions from rustic idyll into surreal, scary and mythical mountain environment.

A world in sepia

The game has a unique atmosphere on account of its completely hand-drawn graphics. Ziegler has transported every texture, every scenic element, and every character from pencil into a three-dimensional world. This gives the game a distinctive sepia-toned feel that harks back to old photographs and black-and-white films.

Ziegler says he took inspiration from the rawness of nature, from old myths and tales, from photo albums and archives documenting Alpine life in Grisons, and, not least, from the old stables and houses of Platenga, a tiny hamlet in the Surselva region, where he spent his childhood holidays. Many locations – the little chapel, for example – have been taken directly from real life, he adds. The voice acting is also completely in Romansh, translated into subtitles. This, the graphics and an oppressive atmosphere underscored by the game’s excellent music and sound effects are what lend “Mundaun” its singular quality.

“Mundaun” is by no means a walking simulator, that is, a game focused on aesthetics, with little in the way of action. The game offers a remarkable array of things to do. The gameplay, almost seven hours long, involves solving a myriad of puzzles and exploring a world of notable richness and scale. You can fight or bypass monsters. You can collect wood, water and coffee powder to make a brew that acts as an emotional pick-me-up. You can slide downhill through the snow on a toboggan. “Mundaun” is also a mesmerising horror story that builds tension right to the end. 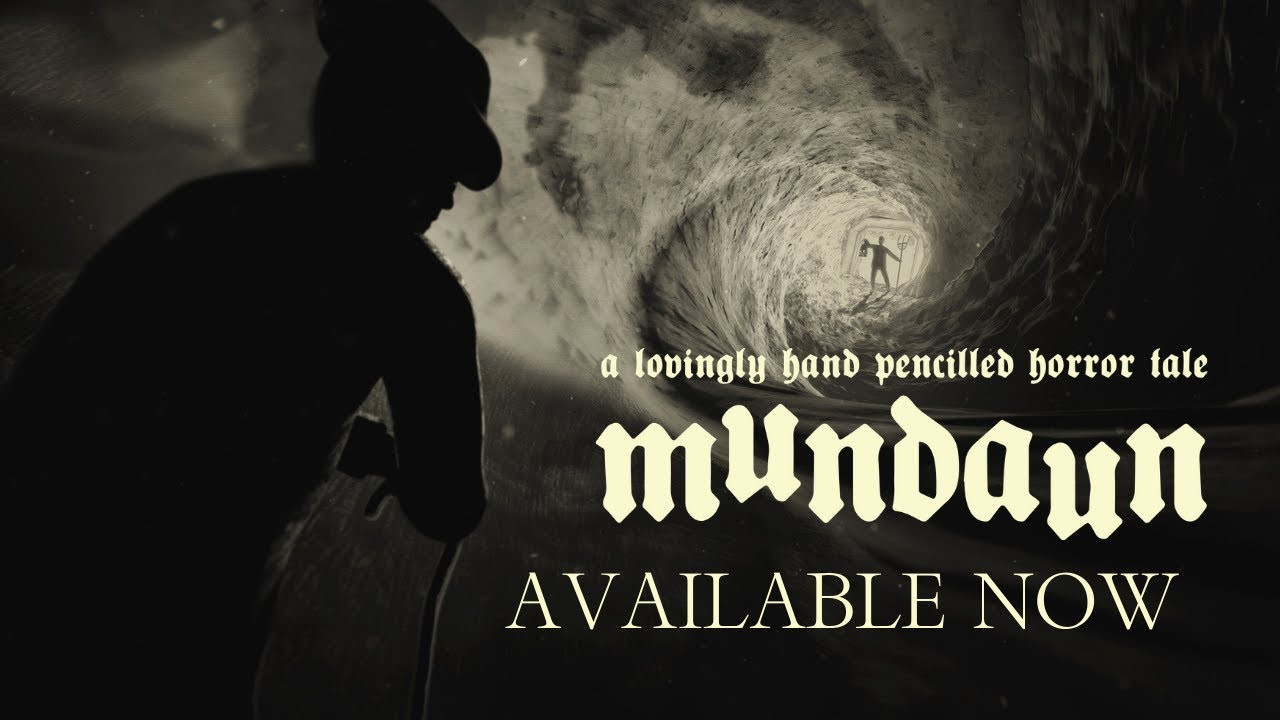 Ziegler began working exclusively on the game, more or less on his own, in autumn 2014. It was only at the end of the development stage that he received assistance from the US-based independent video game publisher MWM Interactive.

The game’s backstory certainly has little in common with meteoric solo hits such as the legendary indie game “Minecraft” by Markus “Notch” Persson. After studying IT, Ziegler only got round to completing an additional degree in illustration in his late twenties. Access to development grants allowed him to finish his idiosyncratic project. He received a total of 120,000 Swiss francs from various sources over a number of years.

“GAMES” Exhibition at the Forum of Swiss History in Schwyz

Most of us will have heard of Fortnite, Mario Bros. and Minecraft. Little wonder, given that 2.5 billion people play video games worldwide. The “Games” exhibition takes visitors on a journey through the 50-year history of electronic games. It traces the historical and technical development of video games and also explores aspects that are perceived as a concern. In addition, dedicated pods allow visitors to try out the games for themselves. Open daily from 10 a.m. to 5 p.m. Closed on Mondays. www.forumschwyz.ch/games

Without this funding and without the Swiss arts council Pro Helvetia helping him to attend the Game Developers Conference in San Francisco for example, a solo developer like Ziegler would have found it all but impossible to get a foothold in the gaming market.

The project itself was full of incredible highs and lows, he says. From a gamer point of view, Ziegler’s work has paid off, offering something which no one has in fact seen before. “Mundaun” is not only an impressive work of art, but also an entertaining horror game in its own right. One can only hope it attracts as wide an international audience as possible despite its almost radical local character.

Rainer Sigl is a freelance journalist based in Vienna. One of his specialist areas is video games.

The meal plan of tomorrow

Ticking art from a bygone era

When the mountains became the subject of art