Switzerland produces nuclear energy. This process creates highly toxic, radioactive waste, which must be stored safely for thousands of years. After 50 years’ intensive searching, a decision has been taken as to where this hazardous waste should be buried. Plenty of questions nonetheless remain unanswered about this disposal site, which is scheduled to cost 20 billion Swiss francs.

In the rural municipality of Stadel, in the Zurich lowlands near the German border, everyday life has been pretty tranquil for the past few centuries. The landscape, sculpted by glaciers and bordered by wooded hills, is shaped by agriculture. Here, amidst the fields unspoiled by a single building, quarrying work has begun. Rich deposits of gravel, another legacy from previous ice ages, are being removed.

Nagra has carried out test drilling, such as here in the vicinity of Stadel, into the deep layers of underground rock. The magic ingredient is Opalinus. It is currently believed to be suitable for storing radioactive waste. Photo: Keystone

After a period of relative peace and quiet, Stadel is now at the centre of a dynamic project set to last a millennium: it is to become the entrance to a massive underground disposal site for radioactive waste. The Swiss National Cooperative for the Disposal of Radioactive Waste (Nagra) spent almost 50 years looking for a site where this waste could be stored for good. In September 2022, it decided on Stadel, owing to the thick strata of stone lying deep beneath the ground there. The Opalinus clay found in Stadel offers the safest possible solution for containing radioactive substances, Nagra experts argue. The director of Nagra, Matthias Braun, said that Stadel “offered the best safety reserves” of all the locations they had examined. He conspicuously failed to mention that alongside the site being the best for geological reasons, local political resistance to the project is also low.

Switzerland began transporting its nuclear waste, sealed in concrete-filled steel barrels, across Europe via goods train in 1969 and dropped it into the North Atlantic. It kept up this controversial practice until 1983.

Shafts up to 900 metres in depth are to be dug into the ground near Stadel. These shafts will provide access to the caverns that will be carved out of the thick Opalinus clay and used for storing radioactive waste. Nagra has to think in terms of unfathomable timespans: according to current knowledge, low- and medium-level radioactive waste needs to be stored safely for 30,000 years. As for highly radioactive waste, Nagra is working on the assumption that it will need to be stored for around 200,000 years. The safety reserves should be designed to prevent the radioactive material being brought to the surface - by anyone or anything - for around one million years.

Lid on in around a hundred years

The search for a final disposal site for radioactive waste generated in Switzerland has proven to be decidedly difficult. In some places, such as in Ollon (Vaud), angry farmers chased away the Nagra survey teams with pitchforks. Communities and cantons in other potential locations held popular votes that rejected the proposal. Stadel and the canton of Zurich, on the other hand, have basically run out of options when it comes to fighting the decision on the site’s location. This is because, in light of the tremendous amount of resistance, legislation was passed to impose strict limitations on communities’ and cantons’ ability to intervene in the issue. Nevertheless, now that the long search has come to an end, there is still a lot to do. Nagra must first apply to the Swiss federal government for planning permission for the final disposal site. This is scheduled to take place in 2024. Only if the federal authorities conclude that safely storing nuclear waste in Stadel is possible at all will the official location have been decided. This is not expected to happen before 2029. Then, Swiss voters will also get to have their say on the final disposal site. In other words, construction will not begin until 2045 at the earliest. The first steel barrels containing radioactive waste will thus be ready for storage in 2050. 2115 will then be the year for putting the lid on: the final disposal site will be sealed.

Two symbols that anyone today would understand. But how can we inform future civilisations of the dangers? Nuclear semiotics is now in search of the answers.

Until then, Nagra still needs to find the answer to the question of how we can warn future societies of the dangers lurking under the ground in Stadel. It is a difficult one, as any warning signs erected today will have disappeared without a trace in 100,000 or even 10,000 years. The English megaliths Stonehenge serve as an illustration of the challenge involved: even though the impressive structure is only around 4,000 years old, its meaning and purpose have been lost to time. Researchers are therefore working on nuclear semiotics, a form of expression intended for the inhabitants of the distant future, in the knowledge that human society in its current form may no longer exist in 200,000 years, and numerous ice ages may have resulted in glaciers shearing layers off the surface of the land in Stadel and reshaping it completely.

Compared to all the protests against Nagra, reactions to the site it chose have been relatively mild. Even fierce opponents to the use of nuclear energy – including the Green Party and Greenpeace – admit that Switzerland has no alternative if it is to meet its responsibility and store the radioactive waste it generates as safely as possible. Another reason for this position is that Switzerland’s gradual exit from nuclear power has now been decided. In the direct aftermath of the Fukushima nuclear disaster (2011), the Swiss Federal Council voted not to approve the construction of any new nuclear power stations. The dismantling of the Mühleberg nuclear plant, commissioned in 1972, has already begun. Although the remaining four nuclear reactors of Beznau I (1969), Beznau II (1972), Gösgen (1979) and Leibstadt (1984) are still running, they are slowly but surely reaching the end of their lifespan. Against this backdrop, many see the final disposal site as an estimated 20-billion-franc final chapter in the history of nuclear energy use in Switzerland. 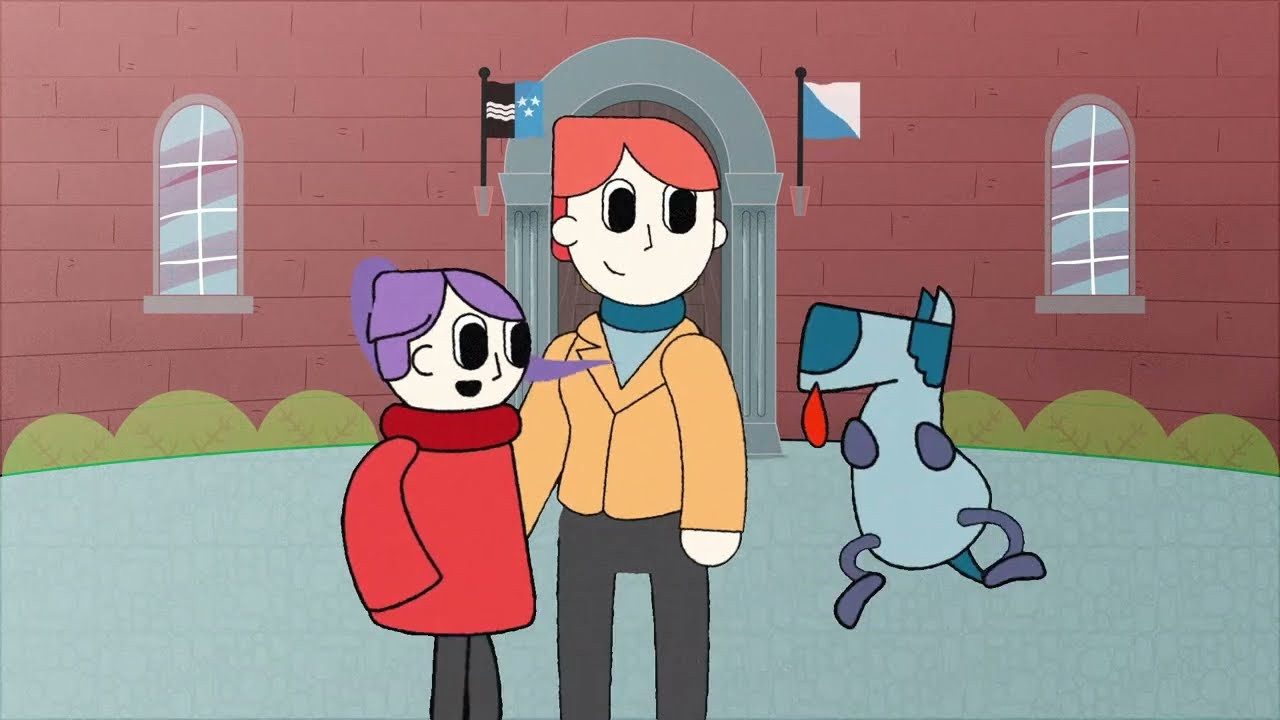 Or will new nuclear power stations be built after all?

Politicians from the FDP (The Liberals) and the SVP (Swiss People’s Party) have been openly pushing for a loosening of the de facto ban on building new nuclear power stations. The construction of the final disposal site has influenced this new debate: considering the enormous cost of such a site, the question of just how affordable nuclear energy is at the end of the day has returned to the spotlight. Nuclear power stations themselves would have to contribute the money for the site to a decommissioning fund, and, like it or not, pass on the expense in the form of higher energy prices. An argument that seems to spring more from short-term thinking is that new nuclear power stations could reduce energy dependence on belligerent Russia: Switzerland’s current nuclear power stations rely to a considerable degree on uranium, supplied by Russia.

Nuclear energy and nuclear waste: just get started, work out the details later

In 1969, Beznau I was the first of a total of five Swiss nuclear power stations to be hooked up to the electrical grid. When the site was commissioned, hardly any thought was given to the issue of disposing of radioactive waste safely. From 1969 onwards, Switzerland used freight trains to ship its waste across Europe in steel barrels filled with concrete before dropping the barrels without further ado into the North Atlantic. It maintained this questionable practice until 1983. Switzerland did not impose a voluntary moratorium until 7,400 barrels of radioactive waste had already been dumped in the sea. In 1984, Switzerland negotiated with China to dispose of its nuclear waste in the Gobi Desert. No agreement was reached between the two countries. A deal between Switzerland and Argentina had previously fallen through. The US had voiced its opposition, as, at that time, Argentina was in the process of striving to become a nuclear power in its own right.

Naivety has been a permanent fixture in the nuclear waste debate for the past 70 years. A convenient idea that prevailed well into the 1960s was to dispose of nuclear waste at the North and South poles, where its heat would make it sink deeper and deeper into the ice. In the early 1970s, the idea arose of firing the waste into space on board a rocket, seen as definitely worth a try.

In 1972, Switzerland finally began focusing on finding a disposal site within its own borders. The search for a suitable location for a final disposal site was entrusted to the National Cooperative for the Disposal of Radioactive Waste (Nagra) and has so far cost around 1.7 billion Swiss francs. This does not include the costs of actually building the final disposal site, which is to be installed deep underground in Stadel (Zurich). Initial estimates put these costs at around 20 billion francs. (MUL)

Switzerland will have to disconnect one million fossil fuel boilers

My best friend, the forest

A new predator in Switzerland

Guttannen won’t give up