“Paradise War – The story of Bruno Manser” tells of the Swiss-born activist’s passion for the primary forests of Borneo and their inhabitants, the Penan. Filmed against an epic backdrop, the Swiss film could win an award at the Golden Globes.

Valentin Greutert, producer of the film “Paradise War – The story of Bruno Manser” finds himself in a confusing situation. His film, released in Switzerland at the end of 2019, was nominated by the Hollywood Foreign Press Association for the Golden Globes. There is bound to be a huge audience at the ceremony, set for 28 February 2021. An award would get this biographical film noticed around the world. But, on the other hand, the producer from Basel saw his film blocked in Germany and Austria at the beginning of November due to the lockdown. In Germany, this tale lasting two hours and 20 minutes had sold 3,000 tickets in four days before the cinemas closed. In Switzerland, “Paradise War” has been watched by more than 200,000 viewers in the cinema and at home. The budget ran to 6 million Swiss francs, setting this national coproduction amongst the costliest films ever produced in Switzerland.

Environmental activist Bruno Manser during the time he lived with the Penan in Borneo. Archive photo: Keystone, 1990

“Paradise War” tells the story of the extraordinary life of adventurer and conservationist Bruno Manser, who was born in 1954 in Basel. The film covers the period stretching from his arrival in the Malaysian state of Sarawak in 1984 (“You’re going to die in here” warns the canoeist who brings him to the middle of the forest) until his disappearance in 2000. At that time, the efforts of this conscientious objector, shepherd and alpinist to stop or slow the destruction of the Malaysian forests had been in vain. The filming was an adventure in itself. A team of 150 people lived in the middle of the jungle for three months. “We slept on the ground, on mats. Having to conduct the filming in a foreign language was also particularly difficult,” explains Greutert. In 1992, the producer from Basel met Bruno Manser when the environmental activist visited his school to talk about tropical forests. On set, the inhabitants told of the life of Bruno Manser and their fight to prevent the destruction of their natural habitat. The majority of those involved come from a Borneo tribe called the Dayaks, located in Indonesia, because filming in Malaysia was prohibited by the authorities of the state of Sarawak.

To stay as true as possible to the story, director Niklaus Hilber from Zurich convinced eight members of the Malaysian Penan tribe (the tribe with which Bruno Manser had lived) to participate in the film. This choice meant flying via Jakarta, as the Indonesian Dayak tribe live 200 kilometres away from the Penan. Amongst the actors in this tribe, were Nick Kelesau, who plays the role of Along Sega. This Penan chief had adopted Bruno Manser and described him as “a child in an adult’s body”. Kelesau knew Manser when he was a child. The actor Sven Schelker, who plays Bruno Manser and speaks in the Penan language, touched the heart of the adventurer’s sister, Monika Niederberger. She remembers her excitement when Bruno would take her on walks through the forests of Basel, lifting up rocks to find insects or a lizard.

At times, I really saw Bruno standing in front of me, even if Sven is taller and slimmer.

“This film is my life’s work,” states Valentin Greutert. “It tells the story of humanity. We discover how the nomadic Penan tribe have lived for thousands of years and how capitalism, hungry for resources, has swallowed their forest. It’s also the legacy of a man, as it is the commitment of Bruno Manser which has led to deforestation being written into the global political agenda.” The strength of the film is built on the actors’ identification with their own story. As such, scenes where the Penan construct barricades led the actors to relive moments they had effectively experienced in their own lives.

In the jungle of Borneo, one member of the team had known Manser well: Kasper Müller, an economist and former president of Ethos, a Swiss foundation for sustainable development. Originally from Basel, Müller became close friends with Manser towards the end of the 1990s. Since Manser’s disappearance in 2000, this man has represented the rights of the adventurer and his family. “In Borneo, I saw why Bruno was so happy here, with the Penan, at least until the illegal logging began,” he explains. The economist, who chairs the Commission for Sustainable Development for Basel Kantonalbank and Banque Cler, finds that the film “really shows the systematic connections between our economic system and those of the tribes of the primary forests, as well as how the motive of profit develops new methods for accessing natural resources”. In this configuration, “the enemies of the forest are everywhere, and they don’t even know it,” notes Roger Graf, the director of the Bruno Manser Fund (BMF) in the film.

The film presents a romanticised version of a life story worthy of a novel. There is the love affair between Manser and a member of the Penan tribe, for example. The meeting in New York between Manser and the Secretary-General of the United Nations, Boutros Boutros-Ghali, never took place. Ditto for the attempt to obtain the International Tropical Timber Organization (ITTO) label, which would protect the forests of Borneo. “Bruno Manser had contact with the ITTO, but he didn’t believe in labels,” explains Lukas Straumann, director of the BMF, who asked donors to help complete production. “The film allows young people to discover Bruno Manser, a modern-day hero,” he says.

Regarding the Sarawak forests, 90 per cent of them have disappeared since the 1970s. The timber produced represents a value of over 50 billion dollars, according to the BMF. Is all lost? No. Secondary forests have regrown. And the tribes of Borneo now defend their living space using geographical maps, notably created with support from the BMF. 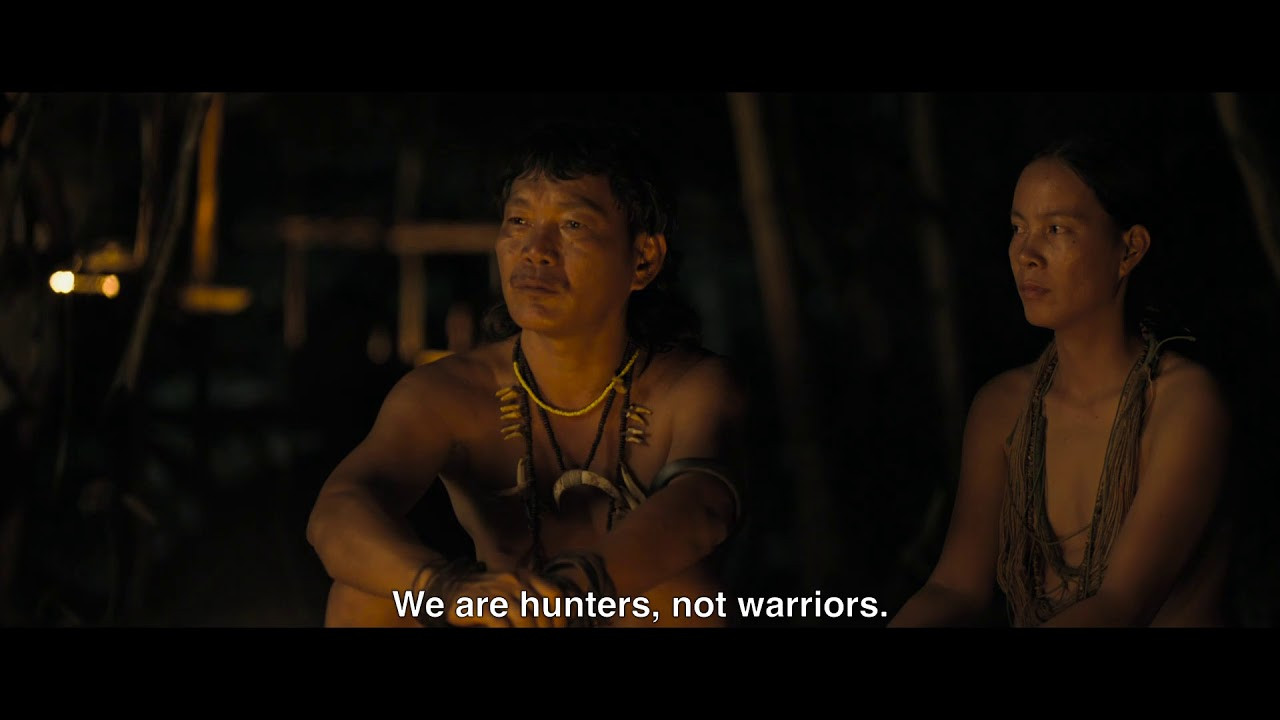