No other municipality in Switzerland is situated further from an international border than Uetendorf near Thun in the canton of Berne. Moreover, this typical Swiss suburban municipality lies on the urban-rural divide.

Higher, further, faster, more beautiful? Looking for those Swiss records with a difference. Today: a visit to the place in Switzerland that is located furthest from any of the country’s international borders.

As if preordained by Mother Nature some 14,000 years ago, there is something unique about Uetendorf’s geographical whereabouts. When the Aare Glacier slowly receded at the end of the last Ice Age, it left behind a landscape of small hills that today look like natural viewing platforms offering a view over Uetendorf and across the levels of the Aare Valley to Thun. Look up and you will see the rugged peaks of the Stockhorn massif. The Bernese Alps beyond Lake Thun round off the impressive scenery on clear days.

At the end of the 18th century, the patricians who ruled the city of Berne – back then Europe’s most powerful city state – were attracted by Uetendorf’s favourable location. One of Berne’s noble families, the von Fischers, built the Eichberg feudal country estate on one of Uetendorf’s hillocks, thereby giving Napoleon Bonaparte the slip at a time when the French emperor was in the process of curtailing the powers of Berne’s city aristocrats.

The remaining piece of Switzerland

Around 200 years later, it was pure coincidence when the Federal Office of Topography announced that Uetendorf enjoyed exclusive status as the furthest place from any of Switzerland’s international borders – belated confirmation, so to speak, that the von Fischers had good intuition when they chose Eichberg as a secluded hideout.

The nearest international border from Uetendorf is 69 kilometres away as the crow flies – further than from any other point in Switzerland. Imagine you peeled away the “layers” of Switzerland like an onion, starting from its international borders and going inwards. Carry on and you would be left with Uetendorf. Or, to be precise: Silbermoos in Uetendorf. An unassuming agricultural field would be the last dot on the Swiss map if the rest of the country melted away evenly from its perimeter. A restaurant called “Réduit” is situated not far from Silbermoos. This is the name of the strategy (“redoubt strategy” in English) that the Swiss army would have used in the Second World War in the event of an attack: retreat from the borders and regroup in the mountains.

Psychological divide between urban and rural

This geographical quirk is a nice gimmick for Uetendorf and its 6,800 inhabitants. But look closer and you will see a village that epitomises Switzerland’s Central Plateau region. Survey the tidy rows of houses in this tax-friendly municipality from one of the hillocks and you will recognise many of the fault lines of modern Switzerland: scarce agricultural land on the one hand, burgeoning residential zone on the other; quiet farming village rubbing shoulders with busy industrial estate; rural conservatism and urban vibrancy staring each other out. Uetendorf, far away from Switzerland’s borders, is at the intersection of the urban-rural divide – the psychological gulf that has become a dominant factor in the country’s political conversation.

Hannes Zaugg has kept Uetendorf in the news. Photos: z.arts.ch

Local politician Hannes Zaugg-Graf treads this sensitive terrain. He has been a member of Berne’s cantonal parliament since 2010, but he also served as Uetendorf’s mayor for 12 years. Zaugg now represents the Green Liberal Party. When he was elected as mayor of Uetendorf in 2001, he belonged to the Swiss Social Democratic Party (SP). Some in the otherwise conservative-leaning village “feared the worst”, says Zaugg, who was only 30 at the time. But when the new man engaged with constituents and eventually proved his worth, villagers began to feel quite proud of having such a young mayor.

Railway for the landowners

Uetendorf might seem a sedate place, where foreigners account for seven per cent of the population (well under the national average of 25 per cent), but it has felt the winds of change on other key occasions. Take the River Kander, which originally flowed past Uetendorf into the River Aare. The waterway flooded constantly, bringing well-chronicled poverty and strife to the village. Berne’s cantonal government decreed in the mid-18th century that the Kander should be redirected into Lake Thun. This helped to drain the Uetendorf marshes and turn the village into a prosperous settlement with prime farming land.

The next boost came from the construction of a railway line through the Gürbetal valley at the beginning of the 20th century. Trains were actually meant to have run from Berne to Thun via the Stockental valley, but it was particularly down to the influence of the landowners at Eichberg that the line was altered to run through Uetendorf.

The railway line would later fuel a local boom. With economic growth picking up after the Second World War, Thun-based metal processing company Selve wanted to expand. Uetendorf with its industrial zone was the perfect location to do so. When Selve ceased operations at the beginning of the 1990s after its owner (financier Werner K. Rey) went bankrupt, the shock waves lasted only a short while. Convenient for commuters, not least because of the nearby motorway junction, Uetendorf’s industrial area bounced back immediately – and has been busy ever since.

“Although Uetendorf belongs to the Thun conurbation, it has retained its village feel.”

In his opinion, this is also because local politicians manage to bridge the ideological gap between conservative and progressive. For example, their municipal planning approach favouring increased density towards the centre of the village protects farming land but it also restricts population and tax revenue growth. According to Zaugg, the local cultural concept includes greeting each other in the street.

Roland Eberhart, founder and band leader of the Calimeros, well-known exponents of the “Schlager” music genre, appreciates Uetendorf’s neat interpretation of the urban-rural divide. Eberhart grew up in the village. He first performed as a singer during a variety evening at the local ice hockey club in 1976 – the beginning of a spectacular career spanning over 40 years. The Calimeros still release a new album practically every year. Themes on their latest LP include jetting off to exotic holiday destinations like the Bahamas. 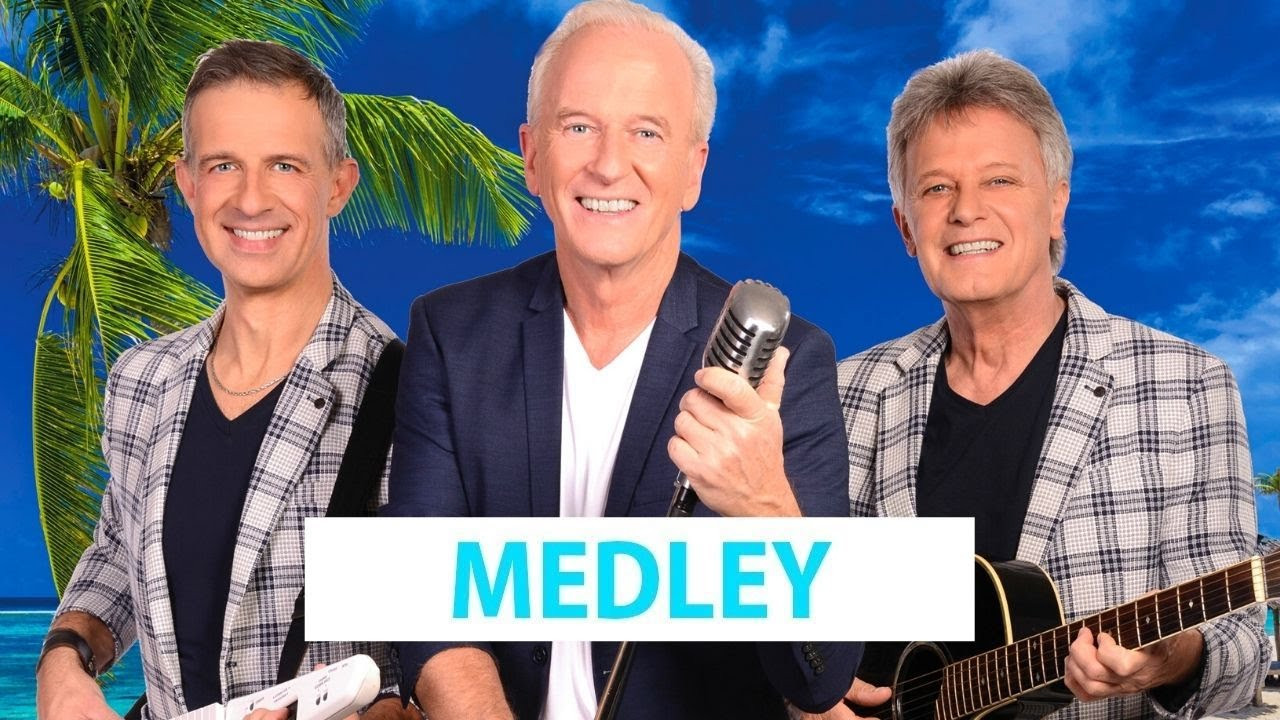 The band’s recording studio is located in the heart of Uetendorf’s industrial estate. Heavy goods vehicles come and go next door. Every year, the Calimeros give their legendary open-air concert out in the car park. Creative linchpin Eberhart likes the place for its hustle and bustle. But when he gazes out of his office window or rides around on his bike, he also enjoys the tranquil cornfields, the trees rustling in the breeze, and the majestic Alpine peaks in the distance: “This contrast inspires me immensely.” No borders or divides to speak of.

The strong women and men of Ebersecken